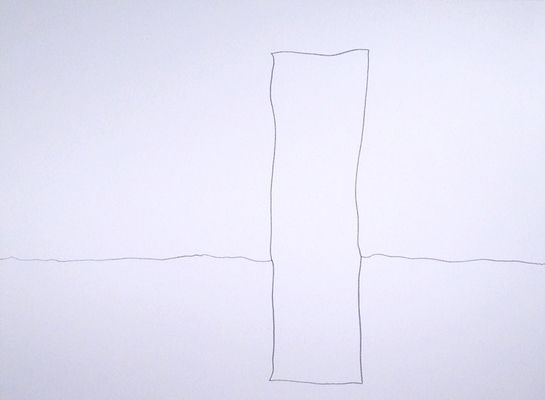 thoughts on stone
My earliest thought on stone occurred with my sister. She was six. I was two. We collected stones and broke them with our father’s hammer. We gathered the pieces and put them back together, placing the new stone gently on the ground. The shards would shift, wabble and fall to their natural resting place. The broken stones formed a long line dividing our asphalt driveway in two. This memory – a lesson about unity, change and intention; their opposites and the many grades in between – contains all the raw material that fuels my sculptural approach.

As a sculptor, I seek to understand stone – what it’s made of, how it came to be, who has used it and why I do so again. I break stones – I place them: my work conflates a specific space, a chosen stone and decisive breaks. Sculpture has the potential to create its own place, contribute to a practiced place or be used as a tactical place. My aim is to make sculpture that exists within the interplay of all three; that asks how the space outside us and the space within us create what’s in between, and vice versa; and, that, in turn, generates a new thought on stone and, by extension, ourselves. 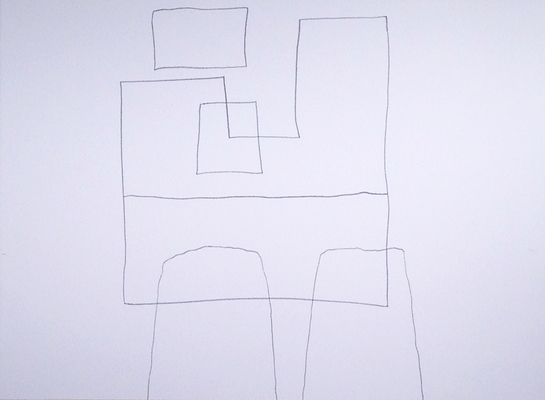 Line Series 2/7, graphite on paper, 30 x 22",  2017
My work does not glamorize a cathartic undoing or fetishize a personal history; and, I have little impulse to re-appropriate old representations or systems and recombine them with different ones as a way to claim newness, relevance or authenticity. Rather, my art looks at the shifting boundaries between the need to find unity and connection in our daily lives, the desire to transform the spaces in which we live, and the problem of integrating into society or disintegrating because of it. Analogous boundaries are found within and among all disciplines, movements and theories, all politics, religions and cultures. These boundaries can be seamless and smooth, but, more often than not, are coarse and abrasive, creating fault-lines that, if tension builds, can transform into battle-lines. Through art, I search for the forces underneath these boundaries. 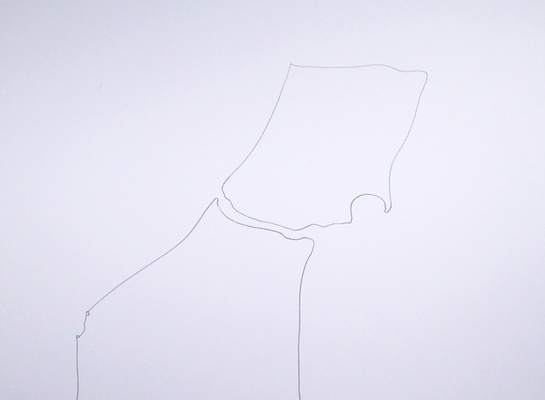 Line Series 6/7, graphite on paper, 30 x 22",  2017
This view can be outlined by crossing three different attitudes to sculpture as exemplified by three renowned sculptors: Constantine Brancusi, whose sculpture is a visual expression of Neo-Platonic thought (a philosophy in which reality is a reflection of an idealized state emanating from one source - what Plato calls variously the One, the True, the Good, the Beautiful); Anish Kapoor, whose spirituality and outlook is born out of Lacanian psychology (a position where representation always defers to another representation in an infinite regression of causality and the self exists in a shifting, anxious state of identifying with, what Lacan calls, the Other, the summation of everything external); and, Richard Serra, whose bold assertion that the meaning of his sculpture is derived from its context and thus to move it is to destroy it (a predication of a purely empirical investigation, rather than a metaphorical, symbolic or narrational one). My artistic approach is designed to build a contemporary context for stone that can be seen as a marriage – or bridge, or maybe just a wormhole – between Brancusi's modernist aphorism “I give you pure joy.” and Kapoor's post-modernist dictum “In the Beginning was the Void.”
Samuel Nigro, 2005 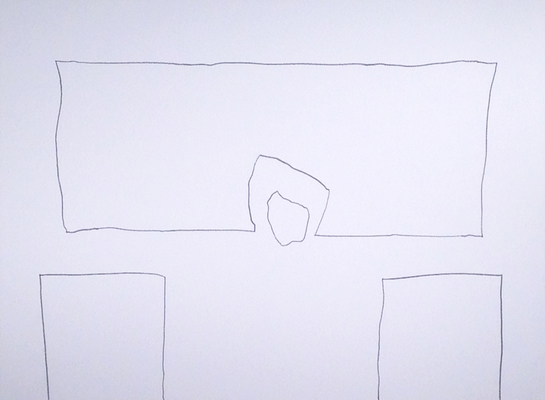